Sign up for my free newsletter for occasional tips and updates.

Gloria Steinem once said that “any woman who chooses to behave like a full human being should be warned that the armies of the status quo will treat her as something of a dirty joke.”  I realize how true this statement is as I consider a recent blog posting that was placed on the internet of a good friend of mine by her ex boyfriend referring to her as a huge slut. It included photos of her and all of her personal information and was clearly meant to hurt, shame, demoralize and disempower her as well as ruin her reputation.

So, in thinking about the word slut, and how it has historically been used to describe females in a derogatory manner, I decided to look further into its origin and meaning.  According to Wikipedia “the word ‘slut’ first appeared in Middle English in 1402 as slutte, with the meaning ‘a dirty, untidy , or slovenly woman.’ The modern sense of “a sexually promiscuous woman” dates to at least 1450.”  The term was used exclusively for woman from this time on.

“The derogatory power of the term (as stated in Wikipedia) derives both from its denotative meaning of a promiscuous woman, but also from its historical and regional connotations of alternate meanings that identify a slut as a dirty or unkempt person. The lack of comparable term for men highlights the double standard in societal expectations between males and females.”

Although I must say that there has been some occasional and recent use for men, however it requires the clarification of “male slut”, due to its very new and unusual usage.

I also investigated the term “slut shaming” which was identified in Wikipedia as a form of “discrimination targeting individuals, specifically women, for sexual behavior deemed excessive.”

So, when I read the terrible blog posting about my friend, I shared with another woman friend, what felt to me like an obvious observation.  If she has been a man, no one would have posted such an article. In fact, most men that have “excessive” sex are looked upon in our society as “players” or just lucky, but certainly not sluts.  When I asked her if she agreed, to my surprise, she responded by accusing me of being angry with men.

If you want to shut a woman down, just try calling her an “angry male hater ” or just “angry,”  especially when discussing issues that pertain to women’s equality, since anger in women has historically been an unacceptable emotion. (And I would have to say that in our society, there is nothing worse than a woman who is angry at men.)  I wonder if she would have called me “angry ” if I was concerned about equal pay for equal work?  Am I angry that women still make 77 cents to every man’s dollar?  You bet I am.  But I would not say that it is directed at men.  It is directed at “the armies of the status quo” (which are filled with women) that refuse to take the necessary steps to insist that women are provided “real equality”.

And here’s the clincher for me, as a single woman, I have to wonder if she would have accused me of being angry at men if she believed that I had multiple male lovers in my life?  Certainly if I had multiple male lovers, I might be considered a slut, but even that could be construed to be a better label than a “man hater” or even worse an “angry man hater”, at that.  If I were married or living with a man, would there still be an assumption that I was angry at men because I did not appreciate that there is a double standard when it comes to labeling women sluts? It feels to me that if a woman chooses not to partner with a man, she must be either a “man hater” or “angry at men”.  What is that all about?  Can’t women have the choice not to partner with a man and still expect equality without being labeled something derogatory? Or is a woman who dares to point out the obvious disparity among the sexes so threatening to our understanding of our “way of life” that we must somehow shame her or make her less relevant in our society in order to fix this “expectation”?

I am not here to discuss or judge right or wrong or good or bad when it comes to a person’s decisions around how they conduct their personal lives in regard to their sexuality.  I am simply drawing attention to the fact that there is still a huge double standard when it comes to women and men.  (especially as it applies to one’s sexuality)  And until, we as women, recognize our own subjugation and prejudices toward one another, and refuse to accept the status quo,  we will never achieve true equality in our society.  And it won’t be because of men!

Leslie is a holistic therapist working in South Florida with a focus on woman and adults with ADD.  For more information about her work or to sign up for her Free Newsletter please go to www.LeslieRouder.com.

Share and Enjoy: These icons link to social bookmarking sites where readers can share and discover new web pages. 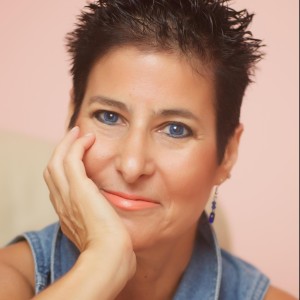 I would be happy to speak with you about your therapy needs or to schedule an appointment. 
Get in touch »